Observations of events and activities in which migrants are key participants, from local manifestations of global religious sites, to organized events, to soccer leagues, etc.

The fruits of many immigrant traditions enrich the Phoenix metropolitan landscape, and Shirdi Saibaba Temple adds some well-needed enlightened sweetness.

One of several that bask in the hot desert rays of Phoenix, this mosque was founded in 2010 by the Bosnian community, most of whom resettled in Phoenix in the 1990s as refugees from the political, ethnic, and religious conflict that tore apart former Yugoslavia.

Even After Decades, Immigrants Affect Our City

Two annual Greek festivals show that the heritage and culture migrants have brought to America continue through generations of their descendants that still practice traditional Greek dancing, cooking, religion and design. 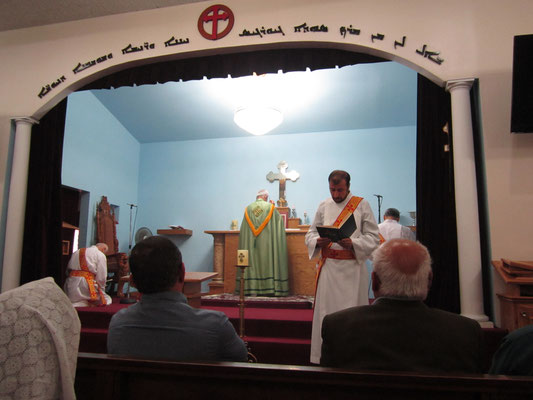 Churches are the prime places to find Assyrians in Phoenix, and here Ileen takes us to St. George Parish of the Ancient Church of the East Arizona, where she and her family attend the Sunday service and share Assyrian culture. Assyrians are a Christian minority from the Middle East.  In Phoenix, Assyrians are from Iran or Iraq, with a minority from Syria or Turkey. Most came as refugees after the 2003 Iraq War, when they left for the sake of safety as their homelands were ravaged by bloody conflicts.

We become part of the close-knit Assyrian community and attend a wedding of a young couple from Baghdad. Join in the Khigga line dance, shake a silky Yalikhtas handkerchief, and relish the sartorial splendor of traditional celebratory dress as we congratulate the happy couple on this milestone of their lives in the Assyrian diaspora.

This 10-minute video documentary presents a portrait of the underworld subculture of a sport that is hugely overlooked in sports-conscious Phoenix metro: cricket. A bit like baseball, cricket is a bat and ball sport in which two teams of 11 players take turns batting, fielding and scoring runs. Phoenix houses 18 cricket teams whose players are largely immigrants (and their descendants) from British-influenced countries like Sri-Lanka, Jamaica, Pakistan, India, South Africa, and Bangladesh.

THE ASSYRIAN STUDENT ASSOCIATION OF ARIZONA

This student group aims to unite the Assyrian community through culture and education. Meet Iraqi Assyrian Susanna, President of the ASA, offering a folk dance workshop at ASU West.

Language links one generation to the next and ties immigrants' culture to their homeland. Ileen introduces us to Noelle from Iraq, who teaches Aramaic to children of migrants at St. George Parish of the Ancient Church of the East Arizona, an Assyrian Church.

THE RIGHT HAND OF AN IMMIGRANT

Central Arizonans for a Sustainable Economy (CASE) is a Phoenix grassroots non-profit organization focused on helping eligible immigrants obtain US citizenship. The dedicated leadership by CASE staff and volunteers make this organization the right hand of an immigrant.

Visit Phoenix's third annual Colombian Festival for a taste of a Latino/a migrant diaspora that refuses to be overlooked. Colombian traditions of food, dance, society and daily life icons such as "La Chiva" bus, link Colombians to their homeland.

The architectural wonder you've seen from the 101 at 51st Ave is a Sikh Temple, one of the many local outcropping of global religions practiced in metro Phoenix. Learn about the temple, the Sikh religion, and some of the migrant community, mostly from India, who worship there.