The Assyrian Student Association of Arizona

Standing in front of a workout room wearing all black, Susanna Shamoon smiles ear to ear as she makes eye contact with me. I see her instructing two groups of young people on how to line dance in the workout room located in Sun Devil Fitness Center at Arizona State University-West Campus. I am here to find out about the Assyrian Student Association of Arizona and who Assyrians are as an ethnic community in Arizona. Susanna is a first-generation Assyrian born in the United States. Susanna’s parent are Assyrian refugees originally from Iraq who met in the United States. Susanna is a senior majoring in Speech and Hearing Sciences at Arizona State University. She is also the Vice President of the Assyrian Student Association of Arizona. Susanna works at Computing Commons under the University Technology Office for Arizona State University. Like the general public I had no idea what ASA of Arizona is and who the Assyrians are, so I asked her for an interview.

Assyrians are frequently mistaken for Syrians, however this is not the case. Assyrians do not have a homeland in a specific country. Assyria was an ancient empire located in what is now Turkey, Iran, Iraq, and Syria, which made up Northern Mesopotamia. Thus Assyrians are a Semitic peoples indigenous to Mesopotamia, but they are ethnically distinct from Arabs and Jews, who are also Semites. Assyrians speak their own language, Assyrian Neo-Aramaic or Syriac, which is a more simplified and modern version of Aramaic. After the collapse of their empire, Assyrians formally accepted Christianity during the third century, and became a persecuted religious and ethnic minority in the region, which got divided into today’s modern nations around WWII. You can read more about Assyrians here: Assyrian International News Agency, and Assyrian Roots.

Susanna’s father William Shamoon was born in Baghdad, Iraq and fled when he was 16 years old. Susanna’s mother Nadia Shamoon, whose maiden name is Lazar, was born in Mosul, Iraq and fled when she was 12 years old. Susanna’s father fled to Greece from Iraq and her mother briefly went to Lebanon before finally being relocated to the United States as refugees. Under Saddam Hussein and before the War on Iraq, Christian minorities had been fairly safe. They numbered 800,000 and the only prohibition was that Christians could not build any new churches. After the United States overthrew the Iraq government in 2003, Iraq's minority Christian community of Assyrians and Chaldeans fell victim to ongoing violence. Although the new Iraqi constitution guarantees religious freedom, the ancient Christian community faced relentless attacks by extremists, and many Assyrians began to emigrate, becoming a large diaspora in several US cities, including Phoenix. Now only about half of the population remains in Iraq due to persecution and war. 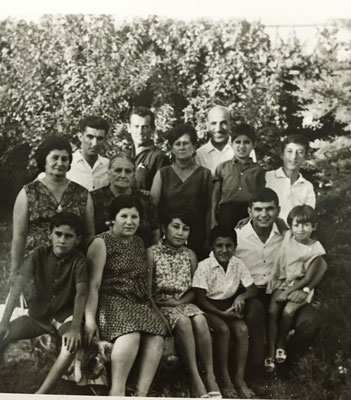 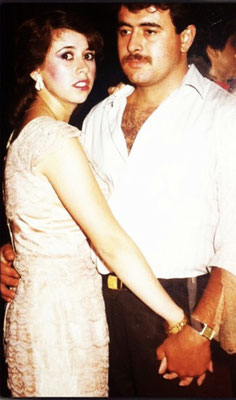 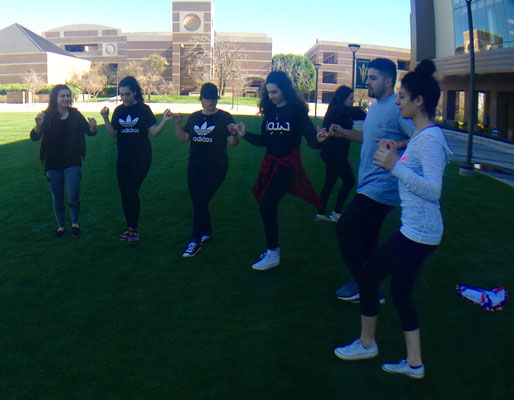 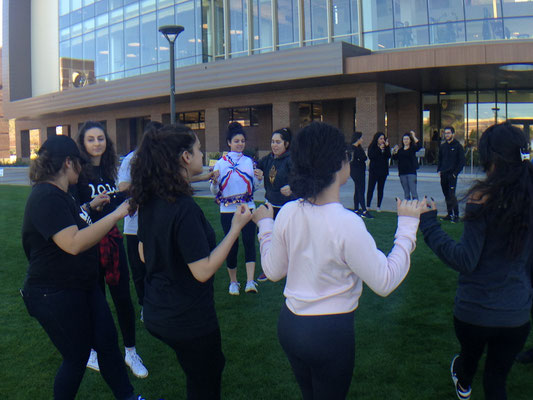 The first dance Susanna taught at the workshop was the “Sheikhani,” which Assyrian soldiers would dance to warm up before going into battle. The second dance was called "Sheikhani Yaqoora" (Yaqoora means heavy), although Susanna explained that “Bagiye" is its more common name, adopted from the song that is played for this dance. The third dance called "Hareh Gooleh" was for more advanced dancers. The last dance Susanna taught is called "Tanzara," which has three or four versions. The version practiced at the workshop is called Tanzara 2b. These folk dances reflect the long history of tradition of the Assyrian people.

By teaching the dances to new generations here in the diaspora, and through organizations like the Assyrian Student Association of Arizona, Assyrians in Phoenix like Susanna pass on their ancient culture and integrate it into the ever-growing complexity of American culture. 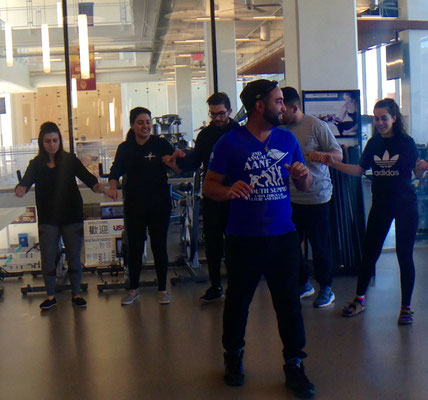 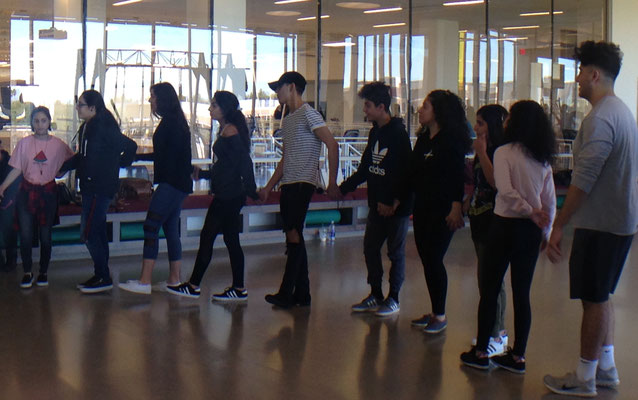