On February 26th 2017 I made a field trip to Matsuri, a Japanese festival held at Heritage Square in Phoenix, Arizona. The festival showcased Japanese traditional dances, music, arts, food and activities, as well as sold traditional and modern Japanese goods. While walking around the festival, I realized that everything surrounding me would not be there if it weren’t for the first wave of Japanese immigrants moving to the United States for work and all the subsequent generations after that.

Knowing the history of strong oppression, there was something so beautiful about walking through a festival of people proud of their culture and not afraid to show off who they are. Out of all the festivals that I have been to, this one was the most stunning. As soon as I walked onto the street I could smell all the different Japanese foods as well as hear Taiko, traditional Japanese drums (seen in the video below). A crowd of people filled the festival grounds, many of whom came from Japanese descent, although people from other backgrounds came to enjoy the festivities as well.

A few large stages hosted different performances every hour. One of the most interesting performances I saw was the Taiko drummers. The sound of the drums was so intense it radiated throughout the whole festival, permeating the atmosphere. I also saw two other performances on one of the smaller stages, one being Kyudo. Kyudo is a form of Japanese archery that has a very specific stance and procedure. I also saw Shinkendo, the Japanese art of drawing a sword and cutting rolled up tatami mats. Both performances required a huge amount of patience, skill, and accuracy that most western sports do not require. Although the actives on the surface sound like a sport or activity, it’s clear to see that they are treated more like a fine art and an activity of beauty. 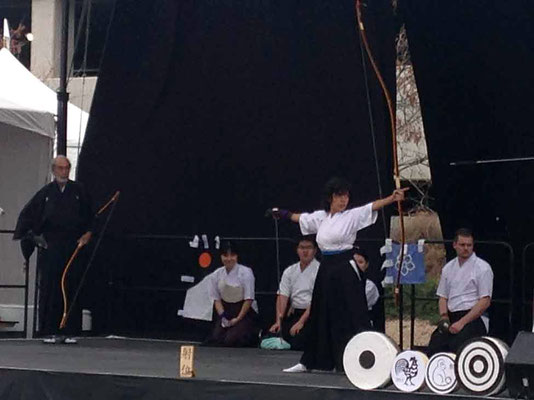 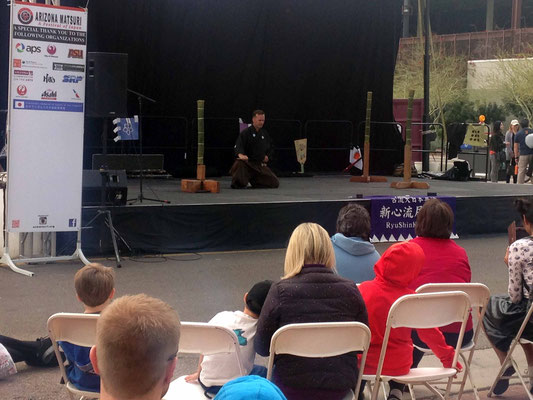 The festival also had booths lined up that sold Japanese goods and arts. Traditional arts and crafts items were the most interesting to look at and learn about. As you can see from the pictures below, the items included parasols, dolls, handmade fans with calligraphy, and other traditional art forms. The calligraphy booth was interactive and allowed visitors to see the artists’ work first hand, and even to request a specific inscription to be written on the fan. Another artist that was popular at the festival was the candy sculptor. The sculptor, Shan Ichiyanagai, did a live performance of traditional candy sculpting and took requests from the audience as to what he should sculpt. He works with melted candy and uses a variety of different tools to sculpt the candy into different figures and animals. To see more detailed pictures of his candy sculptures go to his website. 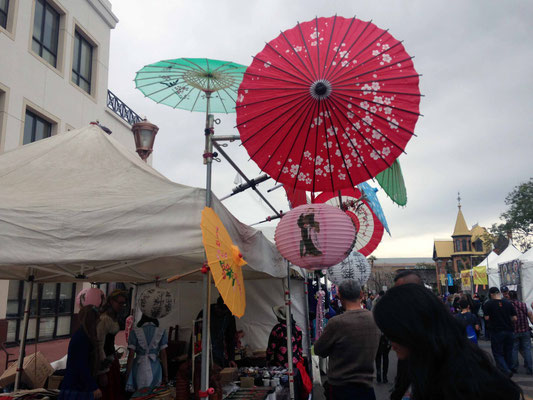 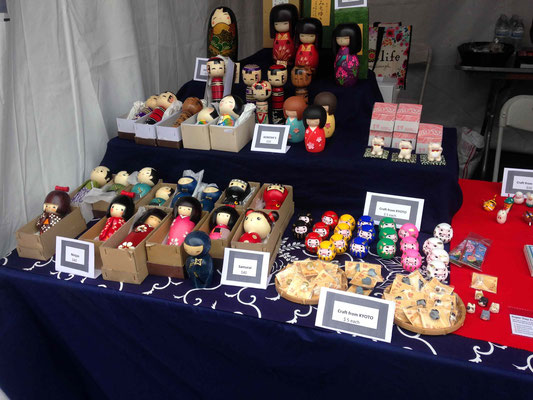 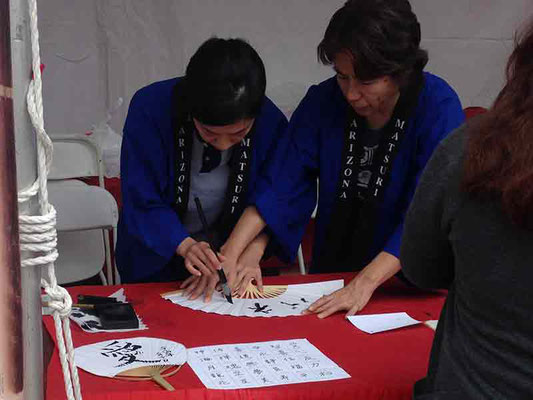 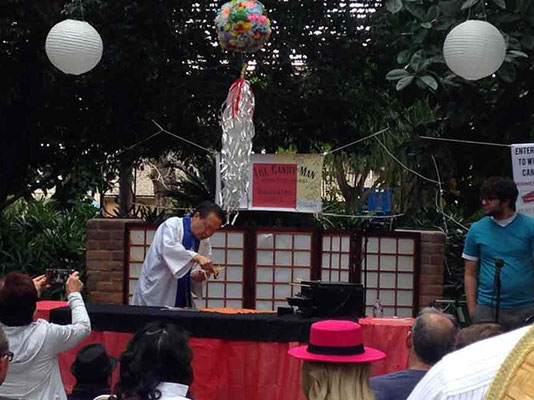 Finally, food vendors lined an entire street selling different types of traditional Japanese foods. Some of the most interesting items were Takoyaki (fried octopus balls) and Unagi (fried eel). I was not adventurous enough to try those so I ended up getting a bento box of Chicken Katsu (fried panko covered chicken), Chicken Yakitori( seasoned skewer of chicken), egg roll, rice, gyoza(dumpling), and macaroni salad. I also tried a desert of shaved ice topped with mochi (pounded rice desert) and Lychee boba. The food from the vendors smelled great but tasted even better. 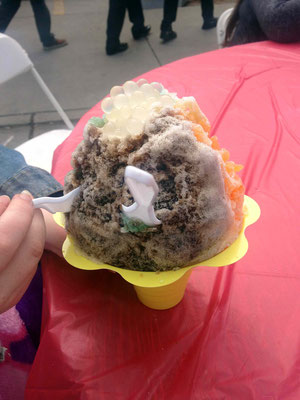 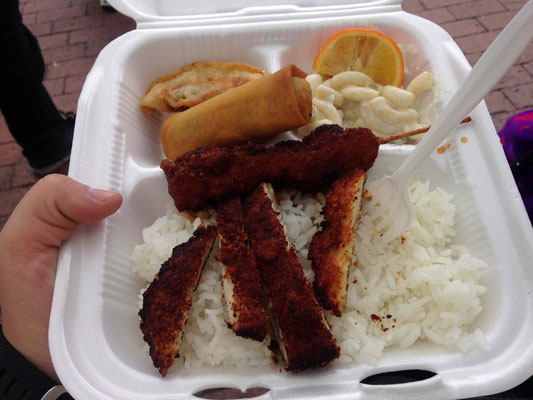 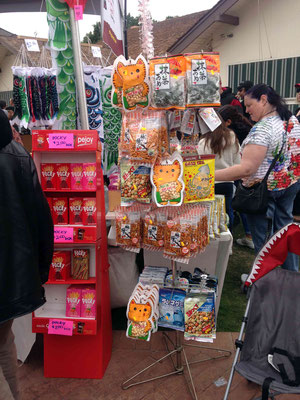 Overall this festival was a wonderful display of Japanese culture and traditions. With everything that has happened in the last one hundred years in terms of discrimination and oppression of Japanese immigrants and their American descendants, it’s good to see that our country is at a historical moment, although not perfect, when the Japanese diasporic community can proudly show off its culture without being unduly scrutinized. Now we are at a place in time where we should learn from the legacy of Japanese Americans and make this open love for other cultures available to all immigrant groups, such as Middle Eastern and Central American groups that are currently oppressed in our country. Hopefully in the future we will be at the same place with those immigrant groups as we are with the Japanese diaspora today.

PS: For a beautifully rich personal account of the history of the Japanese-Americans and their flower farms in South Phoenix, see professor Kathy Nakagawa's "The Japanese-American Flower Growers Who Made Phoenix Bloom," Zócalo Public Square, January 14, 2016.