As one travels deeper into the neighborhoods within the Maryvale community limits, an explosion of art can be found decorating the block walls that surround different neighborhoods. These murals found on both sides of the walls along 59th Avenue just north of Thomas Road represent a rich history of Mexican immigrants and their descendants. The population of US census blocks around this area is now 65-85% Hispanic. Illustrated in the murals is a rich artistic representation of the Aztec heritage of Mexico, along with other artistic details that tell stories of the cultural history of the residents of this community. Besides this historical legacy, images like the mythical rebirth of the phoenix and a Cardinals football player also show a local pride that is now part of the community. The murals themselves are also 'tagged' by the contributing artists, one way they have used a social stigma around graffiti tagging to claim credit for the work that they did. The murals too, are another way to personalize and claim areas of community for those that live within Maryvale neighborhoods. 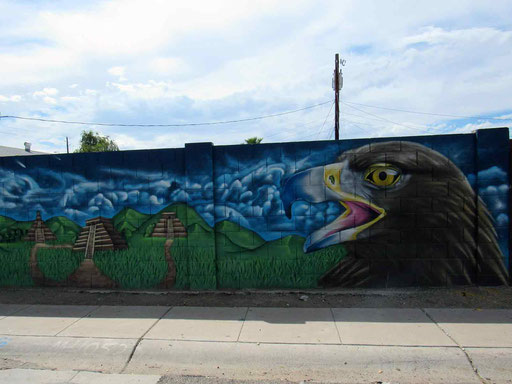 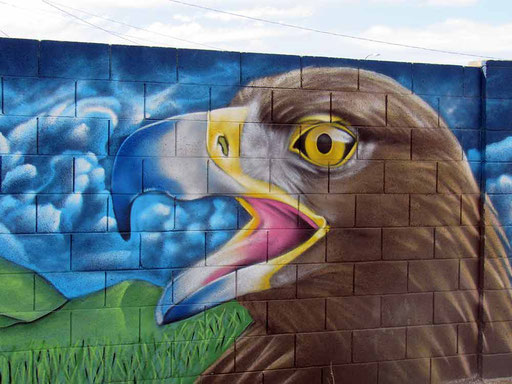 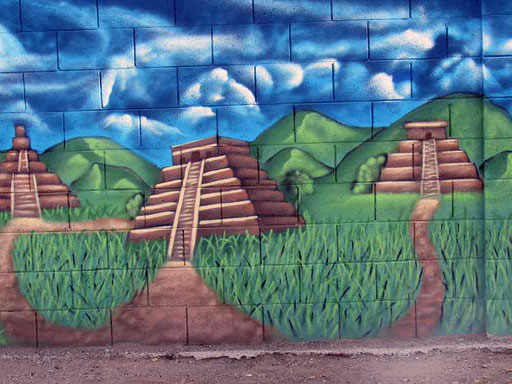 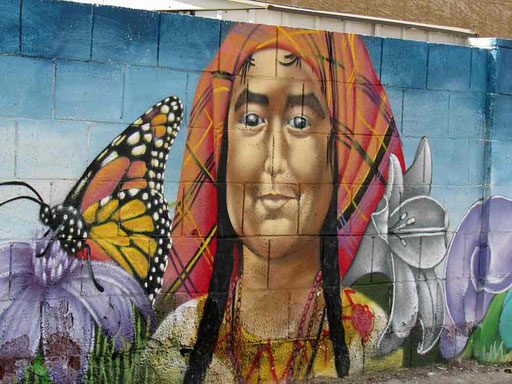 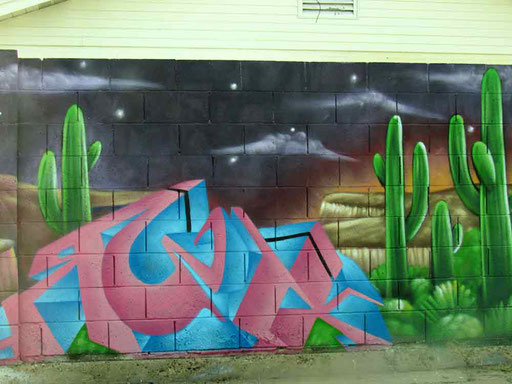 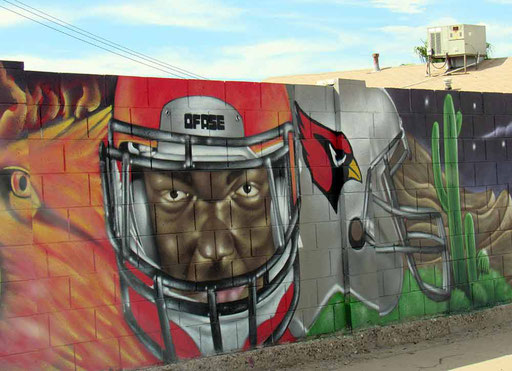 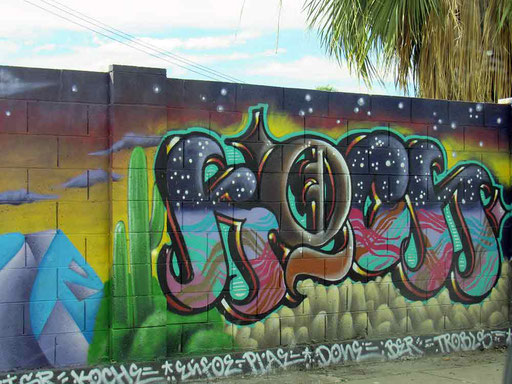 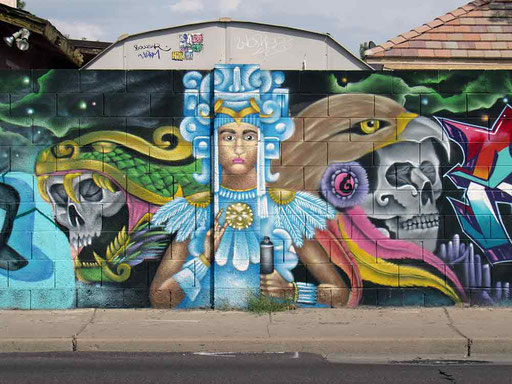 Another wall mural stands in front of Trevor Browne High School near 75th Avenue and Thomas Road, created by the students of the Maryvale community. This mural has grown over the years, incorporating well-known heroes that have become a part of a neighborhood history lesson, such as Dr. Martin Luther King Jr., President John F. Kennedy, migrant farmworker leader and labor organizer Cesar Chavez, and Arizona immigration reform advocates Julie Erfle and Isabel Garcia. The claims made by the wall murals go beyond these specific men and women to assert the students’ inclusion in our nation: over a diverse array of people depicted in the background, a painted banner states “We are America. One nation under God,” and further on a depiction of the American flag has stripes comprised of the hand prints of the local children. Past the displays of heroes and patriotism is an artistic rendering of the border-crossing perils faced by Mexican migrants, with representations of Arizona border humanitarian organizations Humane Borders, the Samaritans, and No More Deaths. These murals illustrate an ongoing struggle that affects migrants who succeeded in their cross-border journey and now live in the Maryvale community. 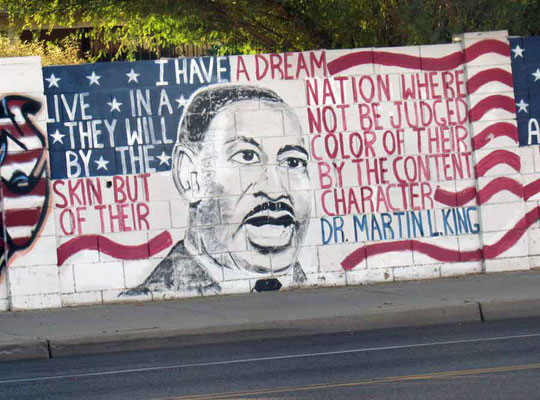 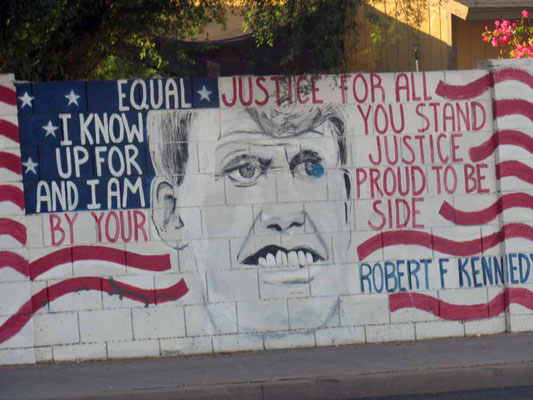 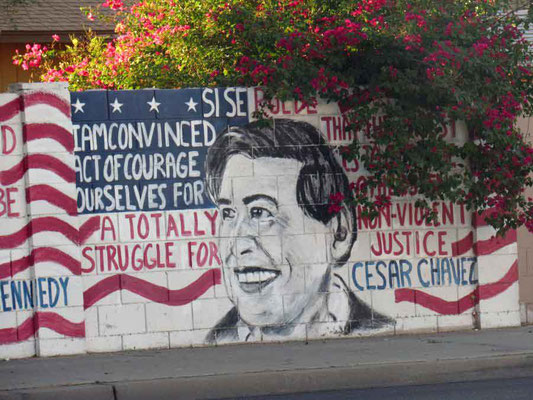 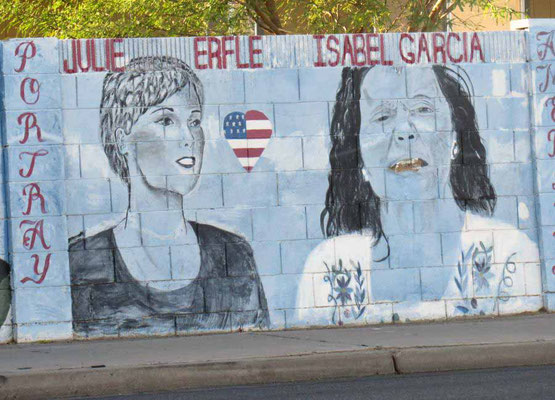 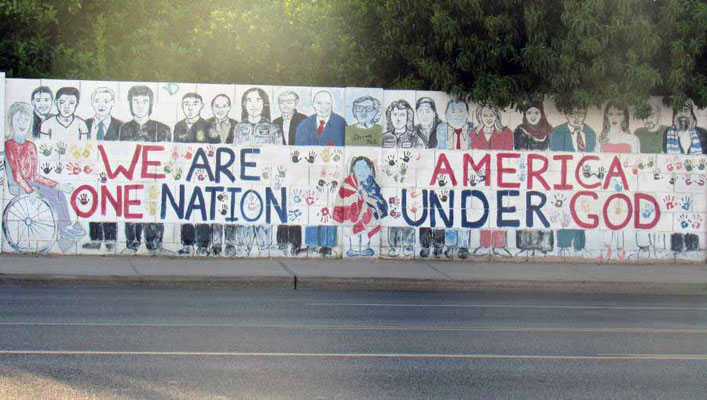 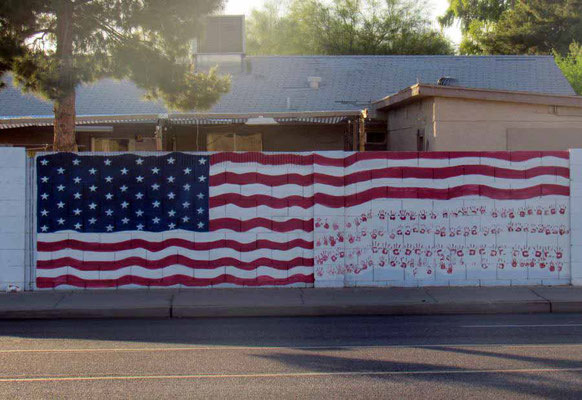 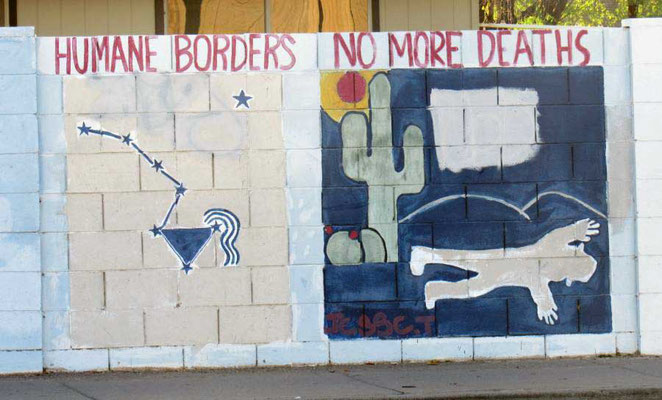 As expressed in the “We are all America” mural, the Maryvale community has used public art to interpret how the community feels about its history, its sense of cultural pride, and its rightful inclusion within the nation. Whether created by neighborhood artists or youth, the use of mural art conveys a greater sense of who are the residents of the community and the Mexican immigrant origins of many, and asserts their inclusion as an integral part of metropolitan Phoenix, Arizona, and the United States.