Immigrants Bring Color of Life to Their Neighborhoods

Brad Hall, "The Greatest Show on Earth- Maryvale, History Adventuring: The Model Homes" of Maryvale,. First home sales in Maryvale were like a circus presentation. 1950s

Among the streets of west side metro Phoenix lie well portioned rows of houses that stand along the predetermined corridors of a planned residential subdivision integral to the city. These homes look much like any other home built in the Phoenix metro area from the 1950’s to the early 70’s. They are single story ranch homes solidly built of block, and set in a small yard, characteristics shared in the many

streets in Maryvale, the city’s first planned suburban development built by developer and long-term civic steward John F. Long. These inexpensive starter homes were originally inhabited by post-WWII veterans and generations of the white Anglo middle class that worked in downtown Phoenix. My family was among these when we lived in this area from 1979 until 1982 at 87th Avenue and Thomas. Then my aunt and uncle continued to live in the area until around 1985. By the time we moved away, the community was unique in its rich mix of many different ethnic and cultural backgrounds. Starlight Park was my cousins’ and my favorite place to play.

Starting around the time of the demolition of the barrios of Central Phoenix and the 1990s intensification of immigration from Mexico, Maryvale has become a place to live for immigrants. As I observed during our field research in one of the Maryvale neighborhoods where the US Census shows a majority of foreign-born residents live, the very soul of the immigrant families that have come to make these dwellings their home, shines through in distinct fashion. 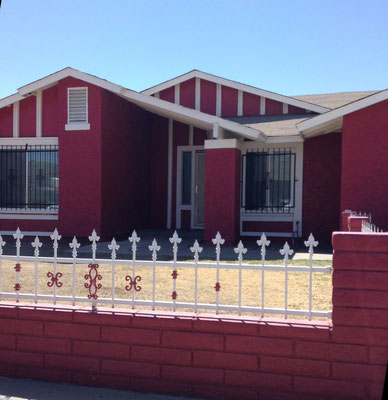 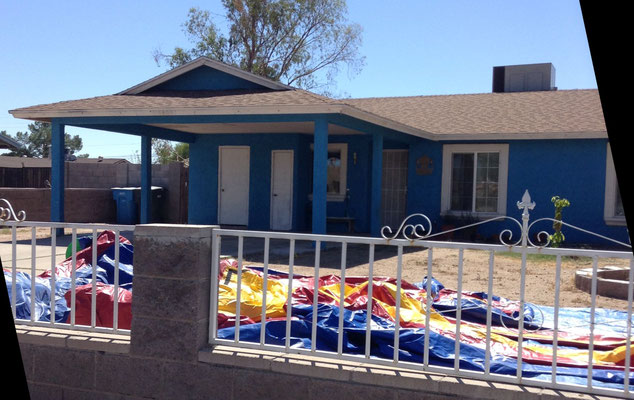 Now this community is home to immigrants coming from a homeland far away from Phoenix's conforming browns and tans. The transformations of many houses reflect the vibrant color of Mexican culture from the inside to the outside.

These two particular houses stand out in a way that can be readily seen by the casual observer. The homeowners have made their own distinctive path in the neighborhood, refusing to follow an exact pattern that has been laid out before them in browns and tans. The colorful exterior certainly brings forth a portrait of the inhabitants of the inside. Whether the homeowners are immigrants or their descendants who continue their heritage traditions, these homes bring to the community the vibrant colors of the Mexican culture and proud heritage.